In an effort to avoid offending anyone’s sensibilities, including my own, I decided to change the title of my last post wherein I used the word “peeing” in relation to a small child: six-year-old me. It seemed innocuous enough but my telepathy over the vapors some were experiencing from seeing the word in print kept me up half the night.

I struggled mightily to figure out what to call this bodily function and also wondered why it was such a big deal.

The word urinate is positively revolting. I once knew a woman who chided her daughter-in-law for asking her two year old if she needed to pee or poop. She insisted the proper terms were urinate and defecate and they should be used. Number one, (which raises a whole other issue), most kids couldn’t roll that off their tongue if they wanted to and, who would want to? And number two (don’t go there), it sounds like you’re swearing.

I don’t know a mother who hasn’t looked at her soggy-bottomed-toddler progeny and asked, “Have you got a pee-pee diaper?” But do not put that in print because something about it looks wrong. So we can say it, but we must not print it.

Should we say “Number 1?” Doesn’t that freak children out at sporting events when they hear an entire crowd shouting out, “WE’RE NUMBER ONE! WE’RE NUMBER ONE!?” Thankfully, most people don’t shout or advertise when they are, in fact, number two. That could scar kids for life.

And how did we get numbers for bodily functions anyway? I grew up with these terms. I never wanted to be in the company of others during counting exercises until I got to the number three. It seemed rather too close a look into my personal life to speak of the numbers “one” and “two” in front of people.

How about “potty?” That sounds mysteriously ambiguous. I know when I’m training a puppy I don’t want to know that it went potty on the floor. I want to know if it peed or pooped. That will help me make an immediate determination about who to delegate for clean-up duty. I’ll handle the pee. Cleaning up poop must always fall to your kids so you can stand back and lecture about the joys of pet ownership. And remind them they said they would do this when they begged for the puppy. No, succinct terms are important for guiding children properly and making them sorry you are not profoundly deaf when they swear their faithfulness.

And “poop patrol” is the hard science of removing unpleasantness from the backyard. Does anyone really want to be assigned to “defecation duty?” (Or is that “dooty?”)

Some people tell their pets to do their “business,” as if it’s actually a job. I’m heartily hoping “business” really has nothing to do with this activity. If you believe that it does, I’m not coming to your office.

I suppose we could use the default setting, “Going to the bathroom,” but again, when your small child says they have to go to the bathroom in a public setting, you want details. This could mean the difference between three toilet seat covers while they perch precariously on the front 1/2” of the revolting and disease-laden PUBLIC toilet, and the full-metal-jacket version involving FORTY seat covers, holding their hands so they don’t touch the seat – which they immediately do when you let go of their hands to help them dismount – and multiple prayers that they will survive the diseases they have now contracted which, but for divine intervention, will shorten their lives and yours and lead to a horrible death.

And when we are enjoying the company of others and we excuse ourselves to go to the bathroom or restroom, does anyone actually think others in the room believe we’re leaving to take a bath? Or a nap? And wouldn’t that be far stranger than the alternative?

“Excuse me but I need to use the restroom. I’ll be out in about 45 minutes and if I’m not, please knock and wake me up. I’m not going in there to, well, YOU know.”

We all know why we’re headed there. Everyone, everywhere, the world over, knows. Because it is what we all do several times a day. God created us to do it. He was not embarrassed. Why are we? In fact, there are a whole lot of words and descriptions in the Bible that would make the subject of a little girl losing control of her bladder (see yesterday’s post) look positively refined, but those who penned the words through divine inspiration did not shy away from telling it like it was, in graphic detail, and sometimes with words no longer heard in proper society (King James Version). I think our piety can be rather more sanctimony when we “strain at gnats and swallow camels.” (Matthew 23:24)

So this leaves us with the “number one” question: Do you really have a right to mention anyone’s pees and cues right out loud and advise them to mind them? And also, what do YOU call it?

Let’s get this potty started. 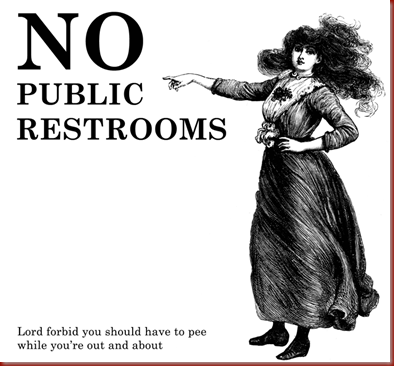 (I chose this post to run on the Tickled Pink No. 504 Main Fridays Blog Hop - I thought the tickled thing tied in nicely. ->-)

Robynn's Ravings
I am a deadbeat blogger who has been absent for almost three years after posting over 300 blog posts. Now, I have the audacity to think anyone is still out there. But if you are, I'll try to start posting again at least once every three years. And I'm committed to that.

What Kind of Flower Are YOU?

Meaning of a Snapdragon

"Mischief is your middle name, but your first is friend. You are quite the prankster that loves to make other people laugh."