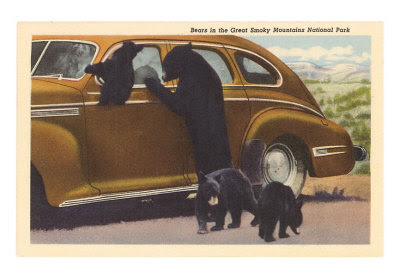 No one loves their dogs more than I love mine but, the reality is, JoJo, our Border Collile/McNab, is only incensed about people breathing or moving when she's wide awake. At that time, she's all guard dog and barks faithfully at all our friends. But when she's asleep and no friends are around, all bets are off.

I once called her to give her a hug goodnight. The rest of the inmates here at the asylum had already bunked down. No Jojo. I called again. Nothing. I searched from room to room and called outside, up and down the street. MIA. I shook the over-sized bed bugs out of their sheets and mounted a posse. I didn't want to panic alone. Flip flops were employed. Car engines started. Frantic hollering commenced. No Jo. In one final moment before complete bedlam prevailed, my son, the Wild Man, threw his covers around looking for his coat. There was Jo, tucked in, eyes rolled back in her head, sound asleep, and oblivious. She lifted heavy lids and peered out just long enough to say, "HeLLO. I was warm. Could you knock it off and put the blanket back?"

It was just this type of edge-of-your-seat, sound-the-alarm guarding that allowed a mother bear, and her two cubs, to grocery shop in our car one night while we were camping.

I don't know about you but I think most moms sleep with one ear open from the minute the doctor says, "It's a girl! Or a boy! Or this shouldn't be such a hard call!" Dads, on the other hand, tend to only wake up in the middle of the night when you, sleep deprived and weary from nursing the baby, roll over and latch that baby on to HIS chest. If you haven't tried this, you should. Thus, my now normal sleep state is to hear dust collecting on the furniture.
And when you are camping in the black of night, in the middle of the forest, and you hear a "thunk" in your sleep, even though neither of your two watch-less dogs perk up an ear, and your husband snores on in near comatose disregard, you trust your gut.

Now, I have to tell you that Grizzly may sleep like the dead but the moment there is an opportunity to use flashlights, guns, knives, bazookas, or inter-gallactic missiles, he is awake. Immediately. And armed.

"What'd you hear?!" he immediately interrogated.

"Well, I don't know but I just thought I heard a "thunk" outside, by the car," I stated cautiously as he seared my retinas with his flashlight. Now he was ripping open the zipper on the tent.

"Robynn, stay where you are," he ordered, staring through the door flap. "There are bears in the car."

It would seem relevant, at this point, for you to know the dogs still weren't barking and were, in fact, snoring right beside the kids.

Now the statement, "There are bears in the car" is not a sentence I had ever considered forming or hearing. So I had never presupposed my response. I did, however, immediately know it did not include staying where I was. I don't tend to run away from things that scare me anyway; I run toward them because being scared just makes me spitting mad. And I had children to protect.

And Cheetos. And Hostess Ding Dongs.
What I wasn't prepared for was what I saw next.......

Robynn's Ravings
I am a deadbeat blogger who has been absent for almost three years after posting over 300 blog posts. Now, I have the audacity to think anyone is still out there. But if you are, I'll try to start posting again at least once every three years. And I'm committed to that.

What Kind of Flower Are YOU?

Meaning of a Snapdragon

"Mischief is your middle name, but your first is friend. You are quite the prankster that loves to make other people laugh."